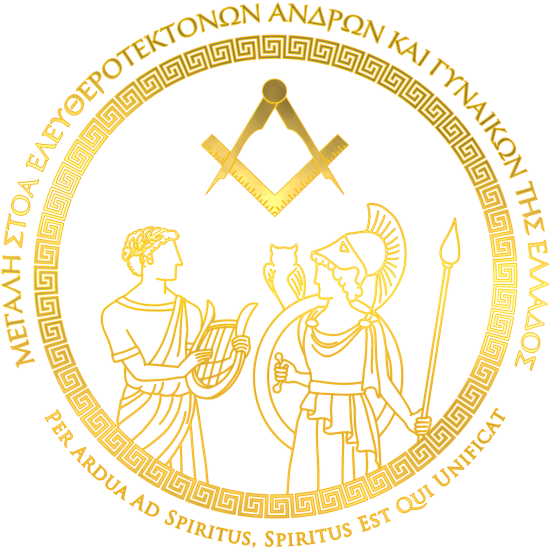 Grand Lodge of Freemasonry
for Men and Women of Greece

The Grand Lodge of Men and Women Freemasons of Greece (GLFMW) was established in the year 2013 E.V. While a relatively new Masonic Order, it counts many accomplished and profoundly knowledgeable Freemasons among its ranks.

Founded on the firm belief that all human beings have been created equal regardless of gender, religion or racial profiles, our Order welcomes members from all walks of life and strives to provide an inspiring environment that fosters love and respect for oneself and others, adherence to the highest moral standards and dedication to God, country and family.

One of the core missions underpinning GLFMW’s establishment has been to pass on the knowledge and tenets lying at the heart of Freemasonry in order to help and support its members in becoming true beacons of light for their families and respective communities. GLFMW has under its auspices a number of both Symbolic (Craft) and AASR Perfection Lodges, situated in Athens, Corfu, Zante and Bucharest and continues to grow rapidly.

Under the direction of its current Grand Master and founding member, M.W.G.M. Pantelis Voulis, GLFMW has achieved international recognition and has been granted membership to international Masonic families such as CATENA and AUM.

While our website is under construction, you are welcome to submit enquires to the office of the Grand Master at g.master@glfmw.gr